Have you ever watched that show, 'who wants to be a millionaire?'? Well, I thought why not try and go one step better; why settle for a million, why not try and become a trillionaire? So after spending a couple of days exploring Livingston and the Zambian side of Victoria Falls, I decided to walk across the Victoria Falls Bridge and into Zimbabwe where 1 US dollar could fetch you several of those notorious trillion-dollar Zimbabwean notes. Thanks to Mugabe's tarnished mega-hyper inflation economic, the plan was to just wait it out a couple of months until the Zimbabwean dollar eventually got back to its 1980s valuation when the Zimbabwean dollar was 50% stronger than its American counterpart and I could cash my trillions of dollars in for an early retirement that would last multiple generations. 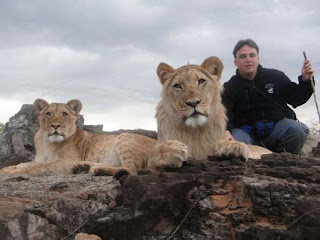 Sound like a good plan? Well… while the trillion Zimbabwean notes have served me well as souvenirs and bar-joke gimmicks, the early retirement-plan is still on an indefinite hold as I'm yet to find a money changer in town willing to give me a profitable exchange rate. In fact, much to my surprise - they aren't even using Zimbabwean dollars in Zimbabwe itself so if you do happen to pass this way one day, be sure to stock up on plenty of US dollars, Euros or South African rand. Fortunately, the walk across the bridge and night spent in Victoria Falls was not entirely in vain as I had alternative motives for crossing over into Zimbabwe - that was to spend a morning walking with a couple of kings of the jungle at the Masuwe Estate with Lion Encounter.
The Lion Encounter sanctuary program was set up to help curve the region's diminishing lion population growth due to human poaching. Although it costs triple figures in US dollars for this brief yet unparalleled experience, it was certainly well worth every penny to get up and close to one of the earth's most feared and ferocious creatures. I will admit it that this was actually somewhat even more nerve wracking than the great white shark experience in Cape Town some weeks before as there was no cage separating us from the apex predators this time. Although we were given a meter-long stick in case the lions 'felt like playing' to throw at the lions, thoughts of Siegfried & Roy's ill-fated tragic tiger-taming, or what to do it not one but both lions 'felt like playing' (maybe they should have given us two sticks?) were constantly creeping in the back of my mind. However, we grew more comfortable with the lions as time went on and actually got to sit and pet them for a while before slowly tip-toeing away to safety. It was all in all a fantastic and unforgettable experience which has left me with some great photos and video clips. 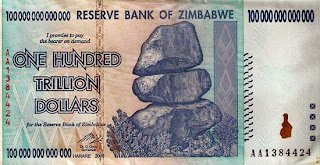 Despite the DJs successful attempt to keep me up until long after midnight at the Victoria Falls Backpacker's Hostel, I still enjoyed my brief 24-hour stay in Zimbabwe. Walking around Victoria Falls is something of an experience in itself as it is now comparable to a gentrified ghost town as it is now devoid of the hordes of tourists it was designed to attract. Ironically, this was once the preferred place to view the splendid Victoria Falls until recently. Now Zambia's Livingston has taken over that particular honor. Despite this, the falls are both equally stunning on both sides of the border and it would be a shame to come all this way and not experience both.