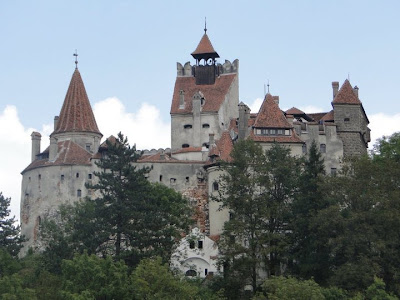 I woke up from my first night in Brasov, Romania feeling extremely weak and with a strange dizziness in my head. It was almost like I had a terrible hangover and just gotten back from the blood donors at the same time! At first I thought it might have been because I hadn’t fully recovered from the previous nights’ arduous train journey from Belgrade. However, I looked in the mirror that morning and noticed two strange mosquito-bite sized marks on my neck, my eyes were both very red, and most strangely of all - my two frontal canine teeth seemed to have expanded downwards by a millimeter. As the day wore on, other eerie symptoms began to arise. I found myself become increasingly lethargic from the sunlight - quite bizarre for someone who has lived most of his life in the Middle East! I also found myself shying away from visiting any of Romania’s many distinctive medieval cathedrals for some strange reason, preferring to linger around the cemeteries instead and another strange occurrence happened at the restaurant that night. Although I normally love my meat well done, I had this sudden craving for an ultra-rare steak that night, had red wine as opposed to my usual white and couldn’t go anywhere near the complimentary garlic bread – usually one of my favorite appetizers.

I went back to the hotel that night feeling increasingly restless. For some reason I wanted to go back to that restaurant and get another blood-filled rare steak. I couldn’t sleep that night and as the craving got stronger, I noticed my canine teeth had grown into two full sized wolf-like fangs dangling parallel to each other like a pair of icicle spikes. I immediately got up, turned the light on and went to the mirror and to my horror I saw….. no reflection! It was at this point that I decided to seek medical help. I raced out of my room and downstairs to the lobby where I saw the receptionist but just as I opened my mouth ask for directions to the hospital, she screamed… “Ahhhhh….. DRACULA!!!!!” And at that moment, she picked up a wooden stake she had stored under the reception desk and drove it painfully, straight into my heart! 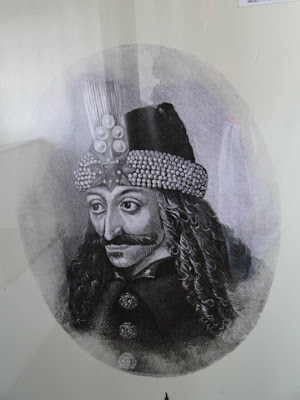 The next thing I knew there was a flash of white light, I heard a train whistle and then heard a voice say, “excuse me sir… wake up…. this is Brasov”…. I opened my eyes and realized I was still on the train and we had just reached Brasov, Transylvania’s transportation hub and one of Romania’s most visited cities. It had all just been a bad dream on the night train over from Belgrade and had ironically come to its climax just as we’d choo-choo-ed to my preferred stop. With its’ plethora of sites, compact medieval heart, abundant baroque architecture, cobblestone alleyways and excellent lookout points from the surrounding Carpathian Mountains – Brasov is an excellent entry point for travellers in Romania. However, the city’s beauty is unfortunately overshadowed by the region’s main draw, the nearby Bran Castle. The well preserved fairytale-structured fortified chateau rose to touristic prominence as it bore an uncanny resemblance to the lair of the vampire guru in Brahm Strokes’ 1892 landmark novel Dracula.

Oddly enough, the historical connection between Bran Castle and vampires is a bit of a historical innacuracy. The real son of Count Dracul, Vlad Tepes (aka, “Draculea” due to the patriarchal-naming system that was in place at the time) – never actually permanently bore residence in Bran for any considerable period of time. In fact Tepes was the voivode of Transylvania’s then sovereign neighboring kingdom Wallachia. He may have spent some time in the castle, as is acknowledged inside the castle’s museum as he fended off the region from countless Ottoman attacks; however, the most noteworthy resident celebrated by the castle’s museum is in fact Queen Mary of Edinburgh. No need to mention that to the hordes of stall and shopkeepers outside the castle’s gates selling pretty much every kind of Dracula merchandise you can possibly imagine. I made due with a T-shirt and Dracula beer mug before heading off to nearby Râşnov and its equally impressive hilltop castle. Notorious Vlad Țepeș ruled Wallachia in the 15th century and got his nickname “Vlad the Impaler” from his rather peculiar torture methods of captured soldiers during his kingdoms’ continuous strife with the Ottoman Empire in which his victims were pierced with metal-rod stakes intricately placed through vertically through their bodies leaving all vital organs unharmed. This meant victims suffered days of excruciating pain before eventually bleeding to death. Despite this cruelty, Tepes was not the only one who did this during his time and he is now celebrated as something of a hero throughout Romania due to the heroic resistance he put up against the Ottoman invaders. A visit to Tepes’ historic birthplace Sighişoara is an absolute must. The beautifully preserved medieval citadel center is certainly a picturesque place and one of Romania’s highlights.

The last stop on my Eastern European adventure was Romania’s capital city Bucharest. Although crowded, crazy and chaotic and not as quaint as its Hungarian counterpart Budapest – Bucharest still has its own unique charm. The city’s most monumental structure is the gargantuan Palace of the Parliament, the world’s most heaviest building and largest of its kind. Although locals don’t always speak favorably of it due to it being a leftover relic of Romania’s former communist repressor Nicolae Ceauşescu, it is most certainly an essential most tourists itineraries. Bucharest is also home to many of Romania’s finest museum – amongst these being the Museum of the Romanian Peasant, which pays homage to Romania’s ample Gypsy culture. Like Belgrade, perhaps Bucharest’s finest quality however is its vibrant nightlife which I was able to sample in the central Lipscani district thanks to its proximity to the nearby university before heading back to Budapest to catch my flight back to Qatar. 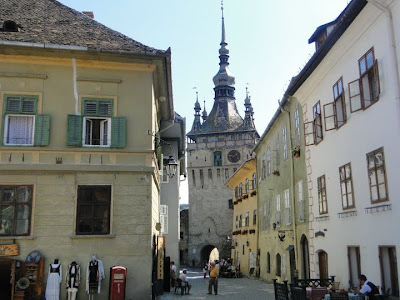