They say there are two ways in life to get to heaven – one is to live a life of purity, staying clear of sin, and the other option is to just buy a plane ticket to the Seychelles. Without trying to compromise the former, I decided just to be on the safe side to try the latter as well. So for my 2010 Eid Al Adha vacation, I decided to take advantage of Qatar Airways’ direct flight from Doha to the Seychelles and check out this much-fancied archipelago of earthly delights.

This was actually my second consecutive trip to this region, having travelled to nearby Mauritius the previous year’s Eid break. Although the Seychelles, Mauritius and Reunion do share many commonalities; most notably they’re all wrapped into one Lonely Planet Guidebook – they’ve all got their own distinctive flavor. Reunion is still a French colony and will probably appeal more for serious mountaineers than scuba divers. Mauritius is very much a compact, single-island state which harmoniously integrates French, English, Creole, African and Indian cultures. The Seychelles on the other hand is an archipelago distinctive for its many islands’ granite rock formation. The tranquil scenery created by this distinctive geological feature has made the Seychelles one of the world’s most romantic honeymoon destination spots. Like Mauritius, another lure the islands have for travellers is scuba diving – which was the main draw card for yours truly. 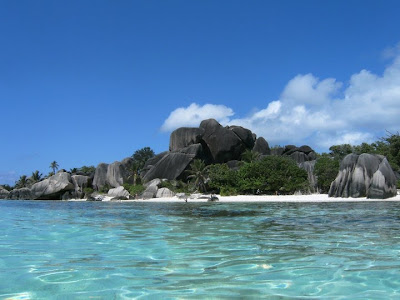 Although the Seychelles is notorious for being exceptionally expensive, travelling on a more modest budget is becoming increasingly easier as a variety of guesthouses and midrange accommodation options are continuously sprouting up in order to diversify the country’s tourism industry. I chose the reputable Georgina’s Cottage in Beau Vallon and arranged an airport pickup from my hosts as I arrived in the wee-hours of morning in Victoria. The sleepy town of Beau Vallon is located on the northwest coast of Mahe, by far the Seychelles largest and most populated island – and is the base to some of the Seychelles’ signature dive sites, including the Shark Bank and Dragon’s Teeth. I booked two days of diving with a local dive center, Ocean Dream Divers and they guaranteed and duly delivered excellent dives at the aforementioned sites - as well as a couple of sites closer to shore. Oddly enough the Shark Bank was completely bare of sharks when we dove, but we did still see plenty of other exotic sea-creatures including schools of barracuda, giant stingrays, eagle-rays, a massive humphead wrasse, lobster and a swarms of yellow snapper. We did finally see a shark at Dragon’s Teeth – an equally impressive site. 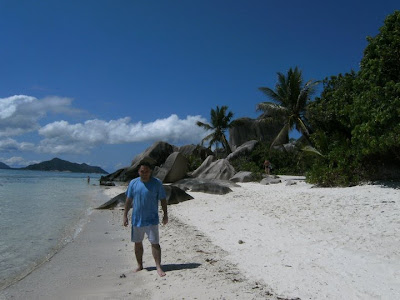 After a couple of days of diving and exploring Beau Vallon, I decided to move on and explore another island in the Seychelles. I only had time for one so I chose La Digue, home to Anse Source d'Argent - one of the world’s most photographed beaches. Stepping off the boat and onto the island really is a step through time as there are literally no motor vehicles on the island, the best way of getting around for both locals and tourists is by bicycle. So after finding a reasonably priced guesthouse, I then rented a cycle and set off to explore the island. Anse Source d'Argent really is the quintessential postcard picture of paradise. With its massive granite rocks spilling onto the snow-white sandy beach, which melts into the turquoise crystal-clear waters, it certainly is a tranquil place. 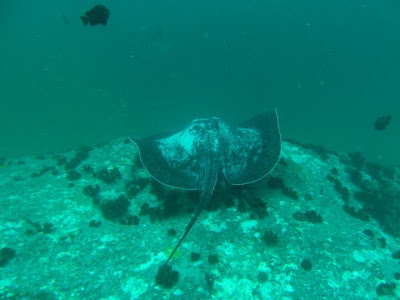 I could have stayed in the Seychelles forever, exploring La Digue and all 150 of its scattered islands but like all good things, my vacation in the Indian Ocean had to come to an end. So I made my way back to Mahe to catch my flight back to Qatar. With about 6 hours to burn in Victoria, the world’s smallest capital city – entertainment options were far and few between. After treating myself to one final delicious creole seafood dinner, I made my way to the city’s only single-screen movie theater to catch the late night showing of Leonardo’s new movie Inception. A strange thing happened in the theater that night. As the movie started, I immediately began to feel drowsy…. the next thing I knew the end credits were rolling and the theater usher was shaking me… “Sir, sir wake up, the movie is over.”… As I came to I began to wonder, was the vacation in Seychelles for real, or had it all just been a dream within a dream within a dream.......