These past couple of years, Eid vacation (the end of Ramadan) has fallen towards the beginning of the fall semester, making it the perfect time to visit Europe. The weather is still warm and the sun still up but both the summer crowds and inflated high season summer prices are starting to go down. I had made recent trips to Greece, Turkey, Czech Republic, Slovakia and Poland in the past couple of years so with Eid 2010 falling in September; I decided to return to Eastern Europe. For this trip I selected Hungary and Romania as my choice with a rendezvous in Serbia’s capital city, Belgrade along the way.
The first stop was Hungary’s majestic capital city, Budapest. With no direct flights from Qatar to any of these places at the time of writing, the easiest and cheapest way to get there was via Istanbul on Turkish Airlines. Fortunately, thanks to the Istanbul Airport’s duty free shops’ generous portions of free Turkish delight samples and very affordable and relaxing water massage machine, the 5 hour both-ways transit was nowhere near as vexing as at first envisioned. There wasn’t any free internet or enough time to go into the city but if you like Turkish Delights as I do - then Istanbul Airport is not that bad a place to be stuck in for a couple of hours. 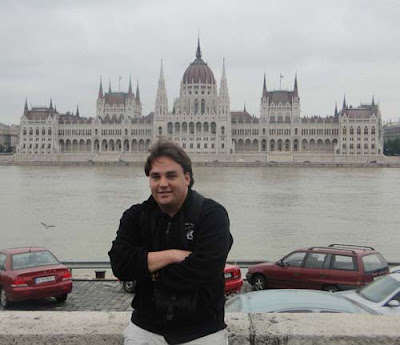 Located on the Danube River, Budapest is without a doubt one of the world’s finest cities. The river literally splits the city into two districts in which the city derives its name from with ‘Buda’ located on the west bank and ‘Pest’ on the east. Historic monuments and buildings line up along both sides of the river. Perhaps the finest of these is the almost surreal neo-gothic parliament building which dominates the city’s skyline. Across the river lies the Var – a walled plateau which contains the Buda Palace, the Hungary National Gallery and a plethora of various other museums and monuments. 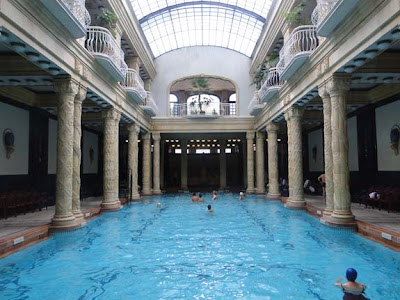 One could spend days, if not weeks wandering around Budapest’s time-honored streets as I did but there are also many interesting side trips to be made. One part of Hungary’s epic history that is not prevalent in its capital city’s architecture is the 40 years that Hungary spent under communist rule. This is because most of the monuments forcefully erected during this period can all be found in one place, at the Statue Park. The park is filled with statues and monuments of communist propaganda and is well worth the trip to its rather remote suburban location. On my final day in Hungary, I took the train northwest to the riverside towns of Eszertgorm and Szentendre. The main attraction in Eszertgorm is the stunning Bascilla which dominates its skyline. Perched on a hilltop overlooking the Danube, the Eszertgorm Basicilla, Hungary’s largest cathedral is certainly a stunning site. I even walked up to the cupola and the walk around its exterior and while it’s certainly not for agoraphobics, the views from the top are breathtaking!

The only downfall to Budapest, apart from the constant rain, is that the thriving nightlife that I’d later find in some of Hungary’s neighboring capital cities of Bucharest and Belgrade is a little harder to find. My hotel, the Kalvin House, was conveniently located right in the heart of the Pest side of the city, just a couple of blocks away from the Szabadsag Bridge and the Vaci Utca pedestrian street. While the latter was quite vibrant during the day, things seemed to close down pretty early at night. There’s still plenty to do after dark in Hungary, it’s just most of it seems to cater more for tourists. I still did however find my fair share of entertainment. I managed to get my football fix by attending the Hungary vs. Moldova European qualifier. It actually turned out to be quite an experience! I also attended a Hungarian music & dance show put on by the Danube Folk Ensemble at the Danube Patola Theatre. 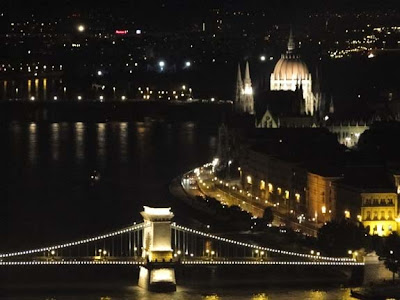