Have you ever taken what you thought would be a slight detour which turned out to be a lot longer than you thought it would be but pleasantly surprised you took it in the end? Well this was what happened to me when I rendezvoused for the night in Belgrade, Serbia on my way from Hungary onto my final destination, Romania. My initial plan was to take catch a Bucharest-bound train from Budapest and get off in Brasov, Romania. Looking at the map, I realized that Belgrade was a quick seven-hour train-ride away from Budapest and that technically I wouldn't be gaining that much more distance onto Brasov than going directly from Budapest. This logic turned out to be flawed however, as while Serbia is well connected to Hungary via public transport; Romania is an entirely different prospect. There were virtually no buses and the train schedule erratic. I wound up having to take a nightly train from Belgrade to Brasov, via connections at Timisoara and Arad - a grueling 15 hour overnight journey, with train stopovers included. However, regret this logistic miscalculation I most certainly did not as my two-day detour in Serbia's formerly war-torn capital turned out to be one of the highlights of my trip. 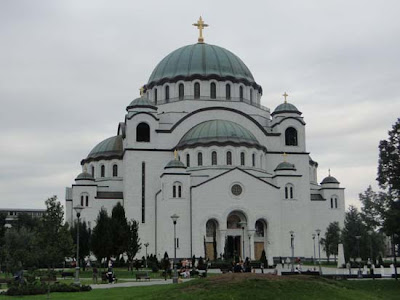 With only one night, there was not much time to spare and after having found a place to stay and taking a short rest, set off to see the city. One nice thing about Belgrade is that its center is very compact. The train station is just a short walk up-a-hill away from the city center and most of the sites are located between Kalemegdan Citadel and the Saint Sava Cathedral, a pleasant 1.5 kilometer walk. It was only natural to stay somewhere between the two, so I checked into the Hotel Kasina, overlooking a square opposite the more illustrious Hotel Moscow. Another thing I really liked about Belgrade was that, as opposed to Budapest, it was almost devoid of tourists, especially during this time of the year (September). Despite this, things are well marked in English and tourist information booths plentiful, yet with hardly any tourists it seems as though they have all been put in place especially for me. I also found myself having most of the tourist attractions to myself. A third thing I really enjoyed about the city was my encounters with the locals. While Serbians may get a bad rap, I found those I talked to be very friendly and approachable. Keeping in mind, I was selective about who I did talk to, not trying to stike up a conversation with any of the ultra-soccer fans at the Partizan vs Rad soccer match. I also found that, despite the US-led NATO bombings on the city a good decade before, Serbians were equally as interested in me as I was in them - wondering what an American was doing in their city.

The most natural place to start off in Belgrade was the Saint Sava Cathedral, which while still not entirely complete (mostly notable in the interior) is still an impressive structure and reminiscent of Hagia Sophia. It is in fact the largest Orthodox Church in the world by volume. Serbia is notorious for its soccer hooligans so I was sure to try and catch a game while I was there. I wasn't able to catch the historic Partizan v Red Star derby but I did manage to see FK Partizan hammer local rivals Rad 3-0 with the notorious Grobari Partizan-ultras in full voice. The next day I checked out both the Nikolai Tesla Museum (one of the most overlooked scientists of his time) and spent the rest of the day at the Kalemegdan Citadel complex, where most locals go to wander as well. Perhaps the thing about Belgrade that makes it special however is not so much its monuments or tourist attractions but its nightlife. Belgrade promotes itself as the new party capital of Europe and the locals certainly take to the streets when the sun goes down. The sports mad Serbs were not too happy that night when their basketball team lost to Turkey in the World Basketball Championship semi-finals though. 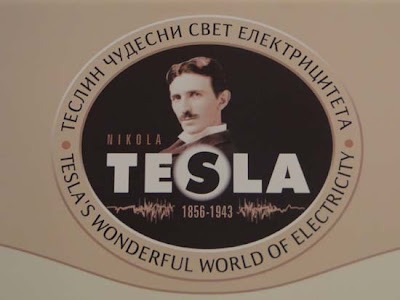 I guess the downfall to Belgrade would be the accommodation situation is not the greatest. While I had no trouble finding a room, what you get for what you pay is a firm reminder that you are now entering Eastern European standards. However, the complimentary breakfast at the Kasina was massive and the view from my room's top floor porch made it hard to complain. Food was probably another downer, while portions were never meager; the quality was usually of the fast food type. Despite these minor blemishes, I thoroughly enjoyed my deviation into the ex-Yugoslavian capital city and found myself leaving wanting more. I think a return trip to see the 'greater-Serbia' will definitely be in the cards in the near future.

I am glad to read about positive impressions you carried from Belgrade. I admit that there are many things to improve but it still it is a wonderful city

Belgrade is great. Everu city has its pluses and minuses. I can't think of single one in the States that doesn't! Or in Europe. That said, I'm surprised at your comments about the food. Many, many travel bloggers have praised the food in Serbia, especially in Belgrade, so perhaps you didn't have time to get to the good restaurants. In the hotels, the fare is probably heavy on meat and fried potatoes, and, although tasty, it's not health food.

I do hope you'll have a second experience in Serbia...with more time to explore, taste, and experience. I know you'll be made to feel very welcome yet again.